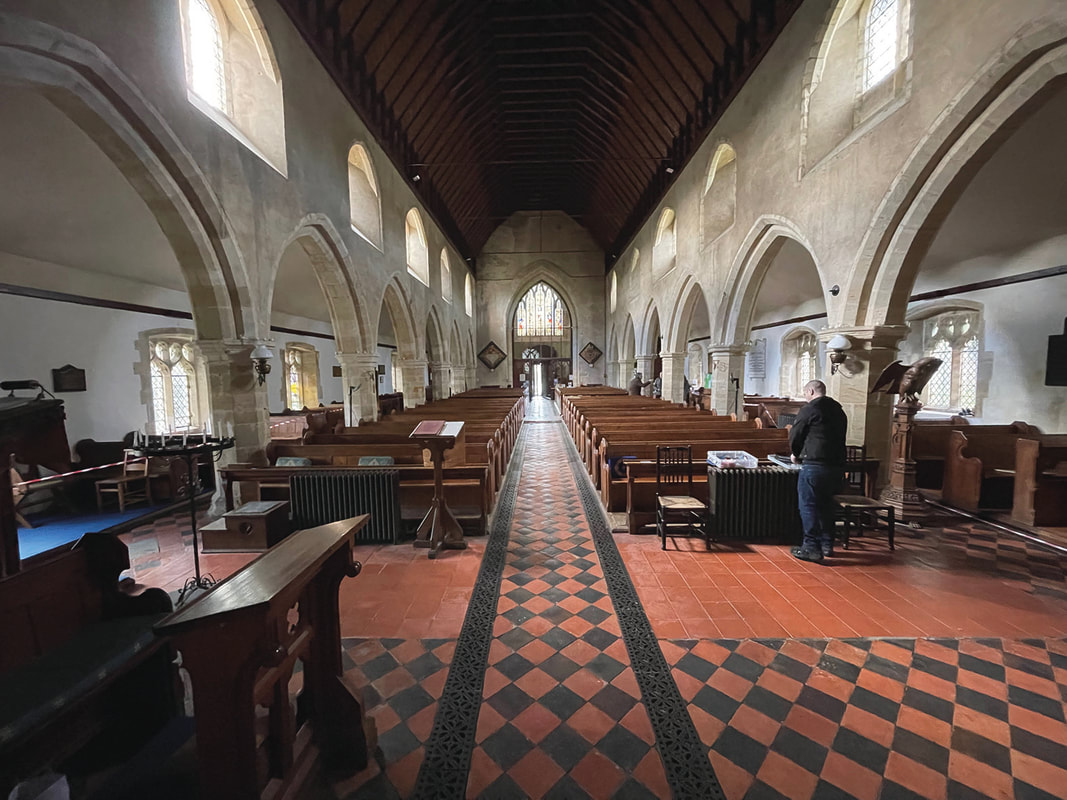 A church at Salehurst is mentioned in the Domesday Book and it is probable that the present church is built on the site of the Saxon church. It stands on a slight mound and lies just across the Rother valley from the remains of Robertsbridge Abbey. The building of the present church was in two main phases, the first by Simon de Etchyngham, a descendant of Reinbert who came to England with William the Conqueror, in the period 1220-1250. In 1309, Sir William de Etchyngham gave the advowson of Salehurst church to the Abbey of Robertsbridge when further rebuilding took place.
There is a peal of 8 bells mostly of 1771, the tenor bell having been recast in 2006.
Entering the church through the door of the western porch one is in the base of the tower where the three great arches, north, east and south, supporting the tower can be seen. Here is the 13th C. font which is plain except for a circle of salamanders around the base. These animals were associated with the crusades and may have been the origin of the charming story that the font was given to Abbot William of Robertsbridge by King Richard I in gratitude for his part in freeing the king from imprisonment in Bavaria. It is now thought more probable that the font is a copy of one that stood in Battle Abbey.
The stone which forms the pedestal of the altar is thought to have been one of the altars of Robertsbridge Abbey and was recovered from a nearby house in 1900.
The window in the Lady Chapel at the end of the south aisle contains glass by the Pre-Raphaelite artist, Kempe (below left) with his wheat sheaf signature. More importantly, in the SE and SW windows of the south aisle in the tracery lights are birds (below right) painted in grey on green glass, known as grisaille (15th C.) apparently based on a medieval pattern book now in Magdalen College, Cambridge. These beautiful windows are apparently unique, nothing similar being found in other English parish churches.